Get your Smart Contracts developed by seasoned Blockchain experts

Smart Contracts are automatically executable computer codes that defines the terms and conditions of a contract, under which the concerned parties agree to interact with each other. Since, the contract terms are stored securely in a digital format, businesses can achieve several economic goals such as minimizing losses due to fraudulence, reducing enforcement, arbitrations and other transaction costs.

Being self-executable, self-verifiable and tamper proof, smart contracts can transform legal obligations into automated processes while ensuring greater security. Since, smart contracts are implemented within a blockchain, they inherit some of the inherent properties of Blockchain such as immutability, decentralization and distributed nature. 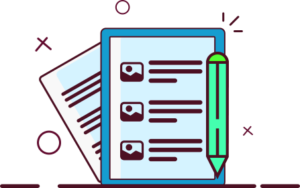